Space is some weird sh*t man. There’s literally a planet named URANUS (thanks science!). From aliens building the pyramids to the “faked” moon landing, the universe holds some bizarre (and ridiculous) mysteries.So, pull up a chair and join us as we put on our tinfoil hats and dig into some of the deepest, darkest conspiracies involving space, aliens, and…BEYOOONND. Plus, we’re building one of those mystery picture collage things and we need your help. via GIPHY

Maybe this is stating the obvious here, but this is pretty much the be-all, end-all, OG of OGs space conspiracy right? From Roswell and Area 51, to crop circles in the midwest and Europe, and our personal favorite, aliens built the pyramids, there’s massive evidence to potentially suggest we get regular intergalactic visitors. No matter what the government says…”secret military technology”, “weather balloons”, “nuclear research”, or “science in general”, the amount of evidence is pretty interesting. Plus, most scientists and astronomers (including Sir Patrick Moore) are now 99% certain that there is life elsewhere in the universe, whether it’s just extraterrestrial bacteria or advanced intelligent civilizations in our galaxy or another. So, yeah, enjoy your internet rabbit hole.

The Conspiracy: WTF are those mysterious radio signals from space?

Nope, it’s not the SiriusXM Yacht Rock station blasting the sweet, sweet sounds of The Doobie Brothers, it’s something else entirely. Since 2007, researchers have been receiving super-fast, ultra-strong, ultra-bright radio signals from deep in space. Scientists call these flashes fast radio bursts (FRBs) and it appears they’ve been coming from BILLIONS of light-years away. In fact, recently scientists managed to capture a repeating FRB, which flashed six times in a row, only the the second such signal they have ever seen. Many believe this signal capture is potentially the key to unlocking this mystery.

The Conspiracy: Planets are coming to kill us

Let me introduce you to two fellas names Planet 9 (yup, that sounds evil) and his pal Nibiru. Over the last 5-10 years many have come to believe that one of these two mysterious planets will in some way destroy us all. Go ahead and pour yourself a drink, we’ll wait. Back in April 2016, theories began to hit the news that a newly-discovered planet could destroy Earth in a matter of months. So clearly that didn’t happen, but Planet Nine, a theoretical planet at the edge of the solar system is believed to be throwing all sorts of asteroids and comets at Earth, which would supposedly put us in an Armageddon scenario. While the planet’s existence has yet to be confirmed, and according to most scientists, will pose no threat to us, why doesn’t somebody get Ben Affleck on the horn NOW.

Another dangerous planet conspiracy theorists love is Nibiru, which was first mentioned in the 1976 book “The Twelfth Planet,” by Zecharia Sitchin. In what’s no doubt a wild kindle read, Sitchin supposedly translated ancient Sumerian cuneiform and claimed that the text is proof of a planet beyond Neptune called Nibiru that orbits the sun every 3,600 years. Years later, self-proclaimed psychic (keyword: self-proclaimed), Nancy Lieder claimed to have communicated with extraterrestrials who said Nibiru would collide with Earth in 2003 and then in 2012. Yup, still crickets on the Nibiru front, and astronomers have never found any planet at the location mentioned in the ancient texts translated by Sitchin, so who knows. Just to be safe, let’s still put Affleck on retainer.

NASA’s Voyager first discovered Saturn’s hexagon in 1980. The bizarre, six-sided shadow on the planet’s north pole caused quite a reaction as this shape is typically not found in nature. So, you guessed it, the conspiracies began to run wild, some believing it was an alien structure, while others thought it was the gateway to hell. NASA has sent many missions to learn more about this shape, and while many believe it to be some form of weird hurricane, its true nature is unknown.

The Conspiracy: Turns out, we did not land on the moon

Yup, this is the other big dog in terms of the most well-known, most podcasted-about conspiracy theories. Between 1969 and 1972, 12 NASA astronauts walked on the moon. But, despite video footage, and even new photos from the Lunar Reconnaissance Orbiter, many theories still claim the whole Apollo program was staged. The questions are out there: Why are there no stars in the sky in the moonwalkers’ photos? Why are the U.S. flags fluttering? Why do you see footprints in the pictures, but no marks from the lunar modules that landed there? Sure, the answers to some of these questions may have basic scientific evidence, but, this one isn’t going anywhere, so settle in for some research.

Can’t get enough of conspiracy theories? Yeah us too. Here’s another great read that’s sure keep your mind occupied. In the meantime, keep Squatchin’ and keep wondering “what’s really out there?” 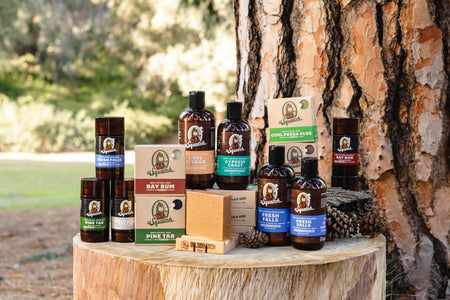 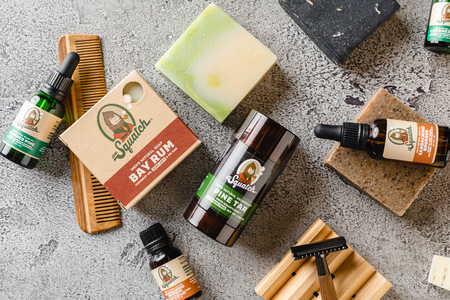 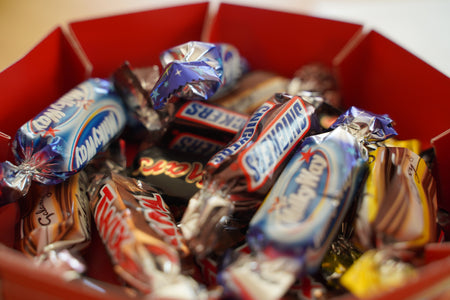